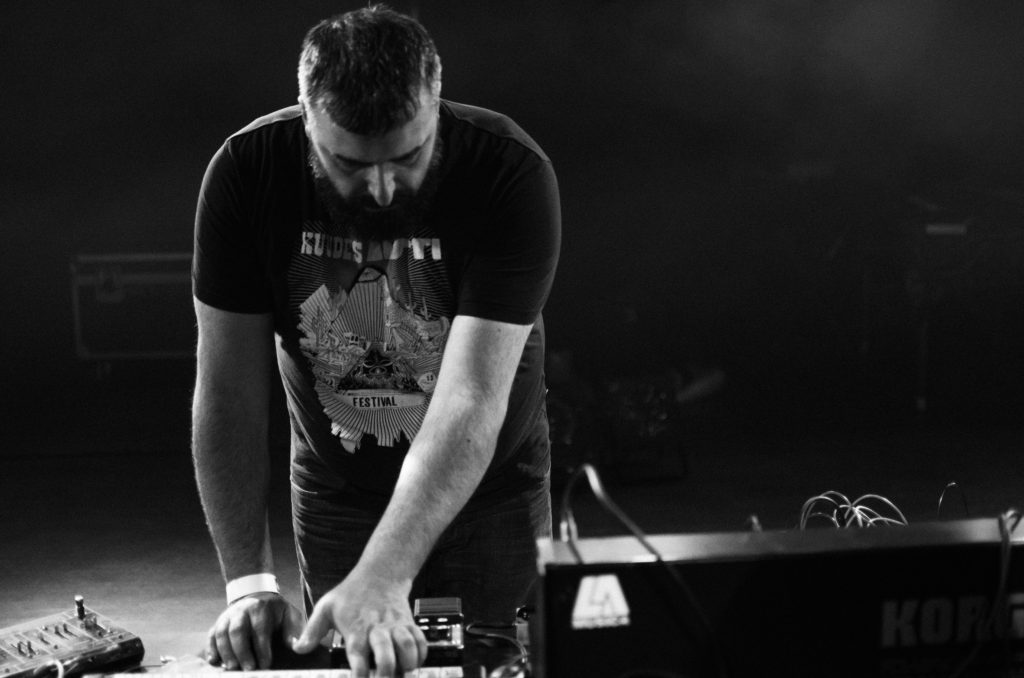 Lebanese-born producer and DJ Rabih Beaini (formerly known as Morphosis) specializes in grainy, imaginative analogue techno. In the past year however, his Morphine label has telescoped in on key (often overlooked) voices in avant-garde electronic and outernational music.
As Morphosis, Beaini has been crafting away in the nether-regions of the techno underworld since the 90s. Having cut his teeth as a DJ, a move to Italy in 1996 proved the catalyst to start experimenting in the studio. And he really did experiment – few people craft the sort of emotional, exploratory techno as Beaini has for labels like Sistrum Recordings (Detroit), M>O>S (Amsterdam), and Styrax (Berlin). His two most recent albums, Albidaya on Lebanese label Annihaya and Dismantle/Music For Vampyr on Honest Jon’s, follow his critically acclaimed 2011 debut LP, What Have We Learned, on Delsin.
Beaini’s genuine musical ability and a range of influences—from krautrock to new wave—seep into his inventive, dark, and emotional productions and immersive DJ sets. These influences also find their way into Beani’s productions with the Upperground Orchestra, a multi-headed improvisational ensemble that explores the terrain between electronica, techno, and improvisational jazz.
While his productions join the dots between raw, elementary electronica, and jazz, his Morphine label has put forward an equally forward-thinking selection of techno from the likes of Madteo, Hieroglyphic Being, and Anthony “Shake” Shakir. In 2014, the label entered a new era with a retrospective trilogy of works by US-based improviser and Buchla synth master Charles Cohen. The collection was the most comprehensive ever to be released, and was followed by an album of new material from Cohen in 2015. Beaini served as a producer for this and subsequent LPs from pioneering American composer Pauline Oliveros, French mechanical-orchestra creator Pierre Bastien, and explosive Indonesian duo Senyawa. He has also helped to organize concerts and tours with Cohen and Senyawa throughout Europe and Japan.
http://www.morphinerecords.com/
https://soundcloud.com/rabih